Vincent Woodman of ‘Vince Woodman Racing’ underwent a left total hip replacement at the end of March 2008. He had an Exceed acetabular cup and Taperloc femoral stem with ceramic on ceramic bearing surfaces and a large femoral head.

When I first met Vincent he told me of his passion for racing saloon cars. He informed me that given that his hip was a success he was keen to return to his sport as soon as possible. He was a man of his word and in early August (just 4 months following his surgery) he took the chequered flag with his partner, Dan Cox, in the Touring 70s Groups 1 & 2 (33 laps) in his magnificent Ford "Cologne" Capri at Castle Combe’s Classic Carnival. 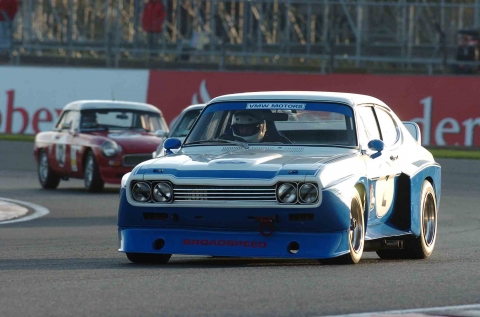